“Keep going, keep going”, says the woman. “Now, pause a bit. This sounds like a great deal, but it’s glitter, sir. This isn’t gold, trust me on this one.”

“So, what if we lost that account? Better things lie ahead! This has bought us time to fuel our strategy.”
“Come on, keep going. Keep going”, says the woman.

There’s something about today’s woman. Today’s woman is fierce, a goal-getter. She is formidable; works for her own, earns it and rocks it. Today’s woman is feared, and yet bullied; needed and yet picked over. She has the spotlight, and yet, is tactfully shoved in a corner. But does she give up? Well, because she knows she’s all that, she dusts off her duff and aims for her target again.
And yet again.

What is it about a woman though? Why have her on your team?

Intuition is good for business.

Women are naturally heavily gifted with intuition. According to Judith Orloff, MD, Assistant Clinical Professor of Psychiatry at UCLA, just like the brain, there are neurotransmitters in the gut that can respond to environmental stimuli and emotions. This serves a woman’s 6th sense. Talk about added advantage!

They have an innate ability to manage relationships better. This key attribute helps them easily thrive and encourage teamwork. They can use their listening skills to easily manage and lead teams, making each member of the team feel as important as the next.

– Like a good day at the spa, women are soaked in empathy and optimism.
Handling tough outcomes and having an overall can-do spirit might just be all the positive drive an organisation might need in a day.

A woman is a natural manager and organiser. When it comes to multi-tasking, who better than women? From wifely and motherly duties (a full-time job on its own, by the way), to killing it in her chosen field, and yet having other aspirations and chasing them relentlessly, a woman is the natural definition of well-rounded.

But what challenges does she face? How is she so needed and yet, easily weeded out?

Women, especially the married ones, are easily the first victims of “business decisions”, despite qualifications. Her management skills are suddenly forgotten; her capabilities become underrated. So, what if she’s a wife and/or a mother? She is still a dreamer; a go-getter.

Women generally start their careers to reach the peak of it, but “nature” filters them out of the race. Should women have to pay a price for their commitment to dual responsibility? In certain industries, the ratio of men to women is on a rather conspicuous tilt, in favour of the male gender. Working late (which is rather relative by the way) is a major complaint voiced amongst most career women. This is owing primarily to responsibilities at the home front and also, security as pertains to commuting from work to home. While this is easily a risk faced by both genders (#MenToo), women are the easier and more common preys of the night.

In most Nigerian universities, females are encouraged to take on such professions that are easily affiliated with men, like medicine and engineering. Even at that, when they are out in the real world, they are undermined because of their gender and are seen as incompetent and unreliable. Indeed, a general reorientation is needed.

Where a woman dares contest equality in pay or even in advancement, she is deemed aggressive or emotional. In fact, in some cases, she is described outright as being fuelled by uncontrollable hormones. In the end, the negotiating power, or a lack of it thereof, is one of the areas a woman is so easily faulted, in a defence for this seeming modus operandi in many industries. Women perceived as quiet are most likely that way for a reason, clearly beyond words. Pun not intended. Angela Emuwa, the first female Chairman of Punch Nigeria Limited, advised that women need learn to be confident in their ability.

With this year’s theme for International Women’s day tagged #balanceforbetter, there is clearly a dire need for some loud drumming around the area of gender imbalance; a deliberate amplified series of rimshots, until all on the dancefloor can fully express themselves without crippling remarks of lazy stereotypes. While women might thrive in the entry and intermediate cadres of advertising agencies in Nigeria, the number of men to women in the upper echelon of agency affairs is rather abysmal.

A woman getting up the ladder in the workplace will, without a doubt, be more challenging than if she were a man. Does being a woman cancel out qualifications or a drive for success and accomplishments? Does that equal an incapacity in any way, or incompetence? There is a reason Sinmi Hughes-Obisesan of Leo Burnett is today celebrated as one of the few female Creative directors in the advertising industry. We also acknowledge and celebrate our own, Mrs. Julleanne Oriakhi, wife, mother (of a set twins and triplets), a role model to women and Director, Client Service, Etu Odi Communications. MD/Creative Director, Etu Odi Communications, Uzoma Okoye, has to a large extent, thinned the gender gap, encouraging women to occupy more positions of influence in the agency, and in the ad industry as a whole.

This is the type of empowerment women need, beyond symposia and conferences, on the possibility of making it to the top.

Someday, International Women’s day just might be a day of odes to men, and the society at large, for finally recognising, appreciating and nurturing the entirety of femininity.
Nonetheless;

Dear “Ad Woman”,
You are a boulder.
Stand tall,
…in heels or in sneakers,
because you rock!
This much is true.

Happy International Women’s Day.
…This one’s for you. 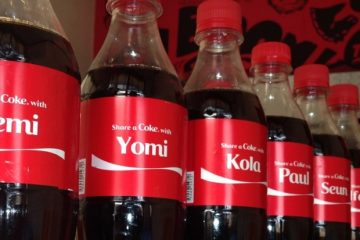 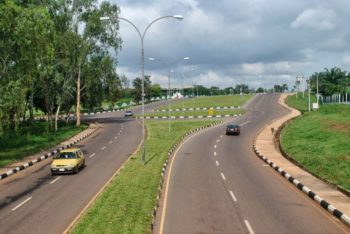 Image source: shipsandports From the depths of various experiences, values and backgrounds, the word ‘FREEDOM’ comes in different dimensions and meanings to different people. However, regardless of whatever form it takes, the binding link Read more… 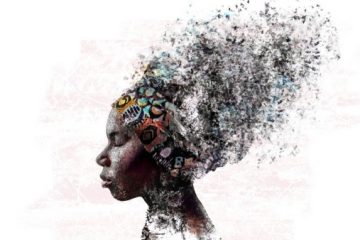 Could creatives be more prone to depression, suicide or any form of mental illness? There is no doubt we live in a world where so many negativities fill the air- the same space creatives draw Read more…