Achieving balance is a never-ending journey. When issues on gender balance are discussed, words like “equity” and “equality” are thrown around, hence, the need to understand them as tools for bettering the balance.

The Women in Marketing and Communication Conference/Awards (WIMCA) 2019 held recently, served as a platform to discuss these issues extensively, with top professionals from all works of life sharing their working-life experiences. During one of the panel sessions, Mr. Charles Nnochiri, Head of Marketing, PZ Cussons, when asked about his thought on Equality, noted that the paradigm has shifted, as the “NEED is now key”, when dealing with issues on Equity or Equality. He noted that as the owner of an organization, he wouldn’t build the same number of restrooms for male and female staff, rather he would provide three cubicles for the male and five for the females because their needs differs due to their constitution. With this example, he explained that equality should not be the focus, but equity. In other words, equal number of men and women should not be the priority, rather, both genders should have the same access, the same cut-off marks, and the same salaries for the same jobs.

Mr. Nnochiri further revealed that during a recent assessment conducted in his firm, the only person who got exceptional (grade/ assessment) was a woman who was out on maternity leave but gave her best for the period of time she was around and emerged the best. Imagine if she was denied access because of her pregnancy? What became a win-win for both the organization and the woman, would never have happened if Equity was not applied.

Dr. Ndidi Nnoli – Edozien, Group Chief, Sustainability and Governance, Dangote Industries Ltd, gave an in-depth lecture on- ‘Better the Balance in The Work Place; Equity or Equality’. She described equity as access, and access meaning – to give people equitable resources that will help them grow.

“It means meeting people where they are
No matter what their gender is”.

The Team Spirit
Regardless of the setting we find ourselves, the fight for gender balance is a fight for all, especially by team work, love and support for each other.
This begs the question of how current female leaders are nurturing the next generation of women in their various fields? Research shows that many women are afraid of being mentored by other women. Dr. Nnoli proceeded by advising female leaders to make efforts to teach and mentor the next generation of women in their spheres.
Dr. Nnoli further accentuated the need for women to build and support each other in thriving beyond all odds. Using her experience of growing as the only girl amongst boys, and having to stand as the only woman amongst men at various stages in her career and how these various encounters gave her a better understanding of the male and female structure which can help shape the degree to which a better balance is fundamentally attained.

She painted a graphic picture in the minds of the audience, of how most games for boys (while growing up) had to do with team work- football, basketball and the likes. For example: a football team would still shake hands and possibly hug their revivals before and after the game. This team spirit tends to grow within the boys till they become men, directly and indirectly. Men are seen watching their favorite sport with their revival team supporters, yet supporting a goal, sharing drinks and signing big business deals on such friendly tables, regardless.
To confirm her illustration, some men in the audience attested to the fact that many business deals were closed at recreational centers and even at the bar.
In contrast to this, Dr. Nnoli pointed out how most games and competitions for girls are more individualistic. For her as a little girl, she was a ballet dancer and also engaged in swimming, which are a few examples of activities and games which had to do with one’s individual ability on the pitch, even when representing a team. These growing up experiences tend to shape how both sexes react to what life throws at them as individuals.

The consensus reached by the well-seasoned speakers and panelists stressed that, in bettering the balance, we need not talk from only the numerical, social, political or leadership perspective but most especially in terms of ACCESS. For example, access to capital, opportunities and information. A woman who is financially empowered becomes more financially independent.
Therefore, equity should be the focus in creating a better balance in the marketing and communication industry and beyond. 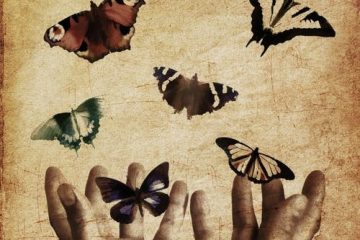 Every four years, the well-lushed lawns of the best stadiums of a country welcomes the world’s best footy stars to display their skills, thrill their fans, excite their countrymen and sadly, many times break the Read more…